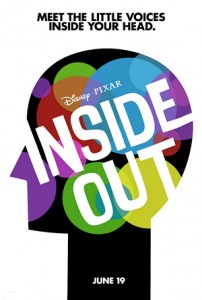 inShare
In 1997, I moved to the Suburbs. I remember an 11 year old girl came over with her girlfriend, and introduced themselves. They were just bubbling over with excitement and joy, they loved the neighborhood, they loved their school, they loved the pool…. Everything they talked about made them bounce around, they practically vibrated as they spoke.

They next time I saw them, they were sullen, quiet and withdrawn. Nothing excited them, school was just OK, they were “fine” and it was as if all the life was sucked out of them in the few months since we met. Now, I happened to have read “Reviving Ophelia: Saving the Selves of Adolescent Girls” and Mary Pipher had explained, as well as anyone, how this shift had occurred. Although not as “deep” as it could have been, Ophelia illuminated how adolescence can “shut down” a child, turning them inward, insecure and morose.

Pete Docter is a writer/director/producer with Pixar (Up, Monsters, Inc,, the Toy Story franchise) who has a daughter who went from a rambunctious girl into a quiet preteen, and he wanted to know why. This has led to his new movie “Inside Out” about the inner workings of an 11 year old’s mind.