This is a tale of forgiveness, a beautiful one. Forgiveness is something you do for yourself, and this woman is walking the walk…. 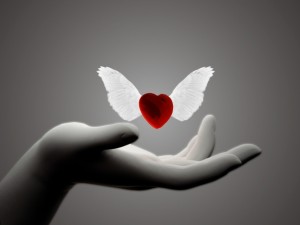 IAN MANUEL is a black man who has spent most of his life in prison. Yet he still has a most unusual advocate calling for his release: a white woman whom he met when he shot her in the face.

Manuel fired the bullet when he was barely 13, and he fit all too neatly into racial stereotypes, especially that of the black predator who had to be locked away forever. One of the greatest racial disparities in America is in the justice system, and fear of young black criminals like Manuel helped lead to mass incarceration policies that resulted in a sixfold increase in the number of Americans in prison after 1970. Yet, as his one-time victim points out (speaking with a reconstructed jaw), it’s complicated.

Manuel grew up in a housing project here in Tampa to a mom with drug problems, without a dad at home, and he drifted early to crime. By the time he was 13, he had had 16 arrests. He desperately needed help, but instead the authorities kept returning him to a dysfunctional home.

Then, as part of a gang initiation, he was handed a gun, and he joined a couple of other teenagers on July 27, 1990. They confronted Debbie Baigrie, a stay-at-home mom who had gone out with friends for the first time since the birth of her second child.

“Give it up!” Manuel remembers shouting, as he pulled the gun. Baigrie screamed and Manuel fired wildly and repeatedly. One .32-caliber bullet entered Baigrie’s mouth, ripped through her jaw and teeth and went out her cheek. She began running away, awkwardly on high heels, blood pouring down her face and drenching her shirt.

Manuel fired after her, missing, and then he ran away with his friends. Later, arrested in an unrelated case, he confided to a cop without realizing the trouble he could face. “You know that lady that got shot downtown the other night?” he said he told the officer. “I’m the one who did it.”

Although he had just turned 13, prosecutors charged him as an adult, and the judge sentenced him to life without the possibility of parole. Bryan Stevenson of the Equal Justice Initiative, the lawyer now representing him, says that every single child 13 or 14 years old sentenced to life without parole for a nonhomicide has been a person of color.

Manuel found himself the youngest, tiniest person in a men’s prison — by his account, abused and fearful. One day as his second Christmas behind bars approached, he placed a collect phone call to Baigrie.

Baigrie debated whether to accept the charges. She said her dentist had wept when he had seen her jaw, for the bullet had torn out five teeth and much of her gum. She faced 10 years of repeated, excruciating surgeries, requiring tissue from her palate to rebuild her gum.

Still, she was curious, so she accepted the charges. Manuel said he wanted to apologize for the shooting. Awkwardly, he wished her and her family a Merry Christmas.

“It was a mistake,” he answered timidly.

Later he sent her a card showing a hand reaching through prison bars to offer a red rose. Baigrie didn’t know whether to be moved or revolted. “I was in such pain,” Baigrie remembers. “I couldn’t eat. I was angry. But I’d go back and forth. He was just a kid.”
Thus began a correspondence that has lasted through the decades. “You are about one in a million who would write to a person that’s tried to take their life,” he wrote in one letter.

“I wish I was free,” he wrote in another. “To protect you from that evil world out there.” 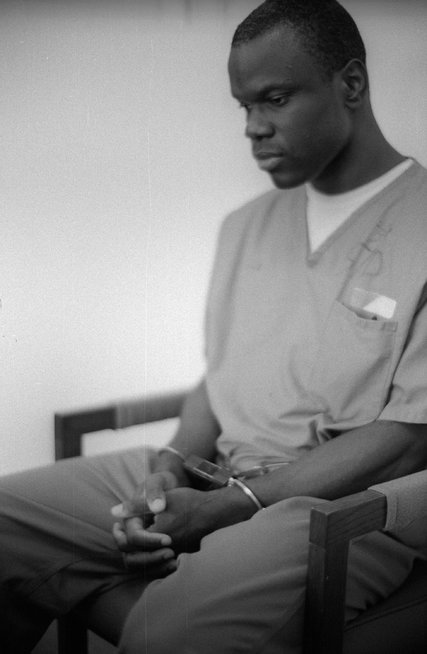 an Manuel in 2007. Credit Equal Justice Initiative
Over time, Baigrie became friendly with Manuel’s brother and mother. Baigrie began to feel sympathetic because, as she says: “When you’re 13, you do stupid stuff.”

Baigrie was also troubled by the racial dimensions of the case. “If he was a cute white boy at 13, with little dimples and blue eyes, there’s no way this would have happened,” she says.

Her husband and friends thought Baigrie was perhaps suffering from some bizarre form of Stockholm syndrome. “People were saying, ‘you’re an idiot,’ ” Baigrie recalls.

Yet she persevered and advocated for his early release. When the Supreme Court threw out life-without-parole sentences for juveniles who had not committed murder, she testified at his resentencing and urged mercy. It didn’t work: Manuel was sentenced to 65 years. He is now scheduled to be released in 2031.

Manuel, now 37, did not adjust well to prison, and his prison disciplinary record covers four pages of single-spaced entries. He was placed in solitary confinement at age 15 and remained there almost continually until he was 33. For a time, he cut himself to relieve the numbness. He repeatedly attempted suicide.

Returned to the general prison population, Manuel did better. He earned his G.E.D. with exceptional marks, including many perfect scores. He drafts poems and wrote an autobiographical essay, which Baigrie posted on her Facebook page. His mother, father and brother are now all dead; the only “family” he has left is Baigrie, who sometimes regards him as a wayward foster son.

Race in America is a dispiriting topic, a prism to confirm our own biases. Some will emphasize the unarguable brutality of Manuel’s crime, while others, myself included, will focus on the harshness of a sentence that probably would not have been given to a white 13-year-old. In other columns, I’ve focused on racism that holds back perfectly innocent people because of their skin color; those are the easiest cases, while Ian is a reminder that racial injustice also affects those who made horrific mistakes or committed brutal crimes. It’s still injustice.

There’s a tragic symmetry here. We as a society failed Manuel early on, and he, in turn, failed us. When you can predict that an infant boy of color in a particular ZIP code is more likely to go to prison than to college, it’s our fault more than his. The losers aren’t just those kids but also crime victims like Baigrie — and, in a larger sense, all of us. Manuel never had a chance to contribute to society and is costing us $47.50 each day he is in prison. That’s a waste of money, of human talent, of life itself.

Overcoming the racial gulf in this country will be a long and painful task, but maybe we can learn something from Baigrie’s empathy.

“Walk a mile in his shoes,” she says. And if Debbie Baigrie and Ian Manuel can unite and make common cause, linked by a bond of humanity that transcends the faint scar on her cheek, then maybe there’s hope for us all.